Happy almost Valentine's Day! Since I am about to take on this project again, I wanted to blog about last year's event. I didn't have this blog back then, but if I did, then this definitely would have been on it! I'm so glad I took a bunch of photos to document it. This was the first major baking project I took on, shortly after I got my grandaddy stand mixer last Christmas. I would have never attempted such a thing without it.
My husband and I got the crazy idea that I would take orders and sell Valentine's cakes at his work. It was a way for me to hone my skills and earn a little bit of dough to get more of the "baking things" i.e. gadgets and pans and things, that make life as a cake maker easier. I got to work making a "demo" (but very real) cake to photograph for the flyer that was going to be handed out. I can't remember exactly, but I think I sent maybe half this cake to my hub's work and kept the other half here for us to eat.
This is the first edition, circa 2010.
(This was only like the 3rd cake I had ever covered in fondant. I did then and still do make my own marshmallow fondant, it's a-cheaper, b-easier to dye, and c-tastes much better than the box stuff.) 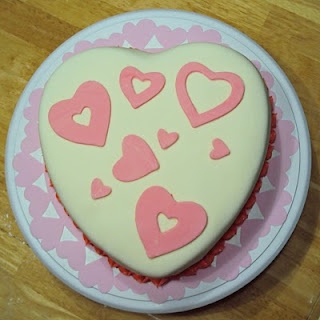 I wound up getting 12 orders for cakes, plus one special order of cupcakes. I made these from the Hello Cupcake book. 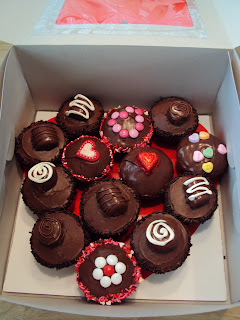 A couple days before hand, I got to work making the fondant.
(note my seasonally appropriate coffee mug in the left background. A lot of coffee was drank, and I'd be remiss to drink it in anything else. Am I right or am I right?) 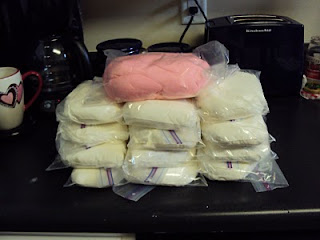 And the frosting...each of these tubs weighs 5 lbs. Yes, I put them on the scale and weighed them. So, 15 lbs total of vanilla buttercream. YUM. 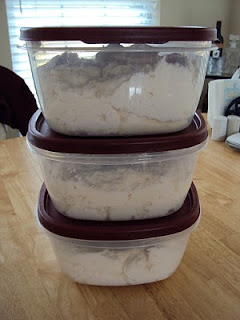 And, almost 48 hours of straight baking, decorating, and coffee consumption, there they go, off to school. Bye kids! My husband took them to work and had to get a rollie cart and make two trips into the office, bless his heart! 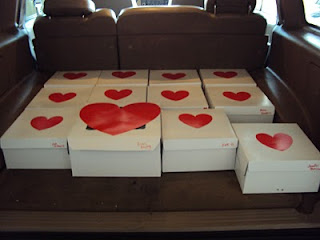 And, ta-da....This year's version! I think it is miles above last year's. That's a royal icing rose on the top, something I learned in the Wilton class I just finished up taking, stay tuned for more posts on that! 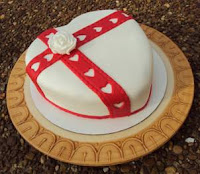