This is from a while ago, just now getting to posting it! I haven't made anything from the PW book in a couple weeks, hopefully I will remedy that next week.


This is 2 versions of the cobbler: You can use blueberries, raspberries, blackberries,etc. The first version is blueberry, made on the infamous "oven-died" day. I used raspberries this time. I'm still not exactly sure if it was cooked all the way, I think my pan was too small and deep. I don't have a dish that looks exactly like the one in the picture, so I'm experimenting with the different ones I have. I forgot to take a pic of it when I took it out, and needless to say even though it was probably undercooked it was obviously edible! It was weird, all the berries sunk to the bottom and the crust stayed on top, not all interspersed like the one in the book. 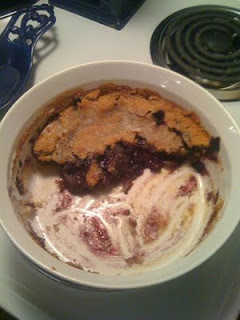 This is the second attempt. Sorry for the sideways pic. This was done in a larger, shallower pan with raspberries. I think it came out much better, although this time it was too thin I think. However, it didn't last long. And again, I forgot to take a pic before I dug in and sampled. Don't judge. 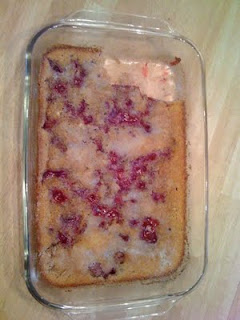 Next up was Chicken Spaghetti. It started with buying a whole chicken, cut-up. That was a first for me. 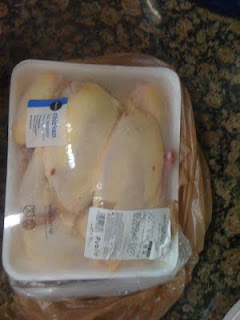 You boil the chicken in water, then use that water (now stock) to cook the spaghetti. Interesting. I would have never thought of that, but will probably do it again.
The rosemary potatoes are potatoes thinly sliced, mixed with cream, cream cheese, and a bunch of other calorie-laden things and then baked, kind of like potatoes au gratin. 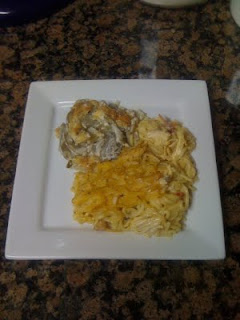 These two things made enough to feed an ARMY. For real. I made this a month ago and we're still finishing off the leftovers in the freezer. 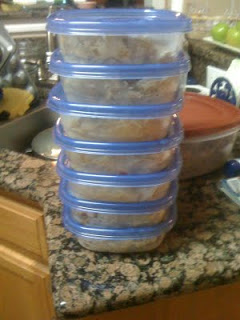 This week I also made the Orange marmalade muffins. I'm not a big fan of orange-y things, and contemplated using lemon instead. But I have a rule of always following the recipe the first time so...I didn't. They have orange zest them and then after baking they are soaked in an orange juice-brown sugar mixture. 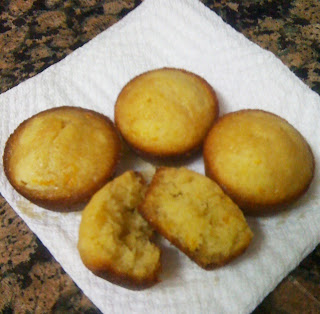 Here's my review: The cobblers? Yum. Cooked or uncooked, thick or thin, yum. The end.

Chicken Spaghetti: It was pretty good....nice flavor. But I already have a chicken tetrazini (the same thing basically) recipe I've been using for years from my mom that I ate when I was younger that I like much better, as does the Husband. It involves Velveeta......

Rosemary Potatoes: one and done on these. They were just ok for me. I thought the rosemary was a bit overpowering. I'm surprised we didn't like them more, considering I've only heard good things about them. And my potatoes turned a weird color after soaking them in the cream to begin with. Is that normal?

Muffins: they were really good. Coming from someone who could take or leave oranges, that says alot!

Another 13 year old birthday cake...these are so fun! These are some of the colors the birthday girl likes, and I figured a way to incorporate them into something fun, whimsical and spring-y! I love how they are popping out all over the place. 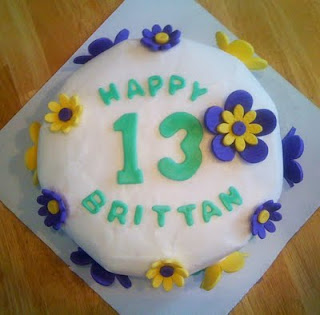 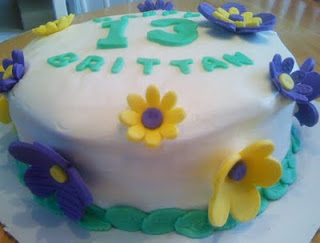 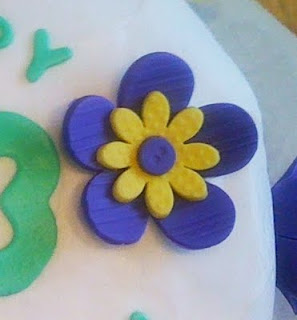