Here it is! This is the Groom's cake I made for a wedding a couple weeks ago. They also asked me to make an anniversary "top tier" for the bride and groom that would go right in the freezer for them to enjoy next year. (I guess they were planning on eating the whole wedding cake, made by someone else, at the wedding?)

This is a vanilla cake with vanilla buttercream frosting. I added a ribbon of purple fondant around the bottom so it would match the wedding cake (which had real ribbon). 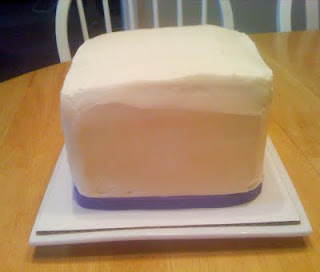 The groom's cake was supposed to be a surprise for him I think, I'm not sure if it wound up being one! He is a big Braves fan, and the bride wanted there to be a baseball hat on top of a chocolate cake.

Here is a close up of the logo and stitching. The hat is made of rice krispies and covered with frosting and fondant. 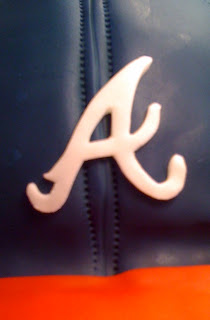 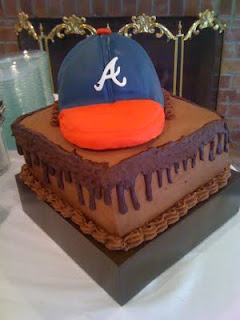 You can see the wedding cake there, it was beautiful, but I didn't make it and don't know who did! 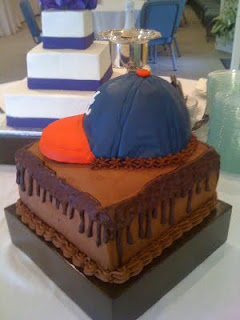 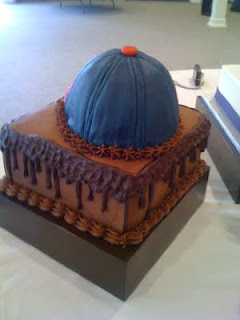 These are from April and a little irrelevant now, but I need to get this blog up to date!

This is from my first ever 5k and 10k combo...The weather was horrible, cold and windy and rainy. The 5k was first and my time was pretty terrible. Then, since I didn't have any time to chill before the 10k, I basically looped around the finish/start line and went right into the 10k. I actually did much better on that one, somehow, and set a new PR for myself! Whoop! I was damn proud of myself that I even did it. I figured it would be good training for the upcoming Country Music Marathon in 2 weeks. The main sponsor was the local Dairy company, Purity, hence the cow. 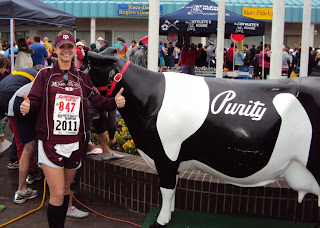 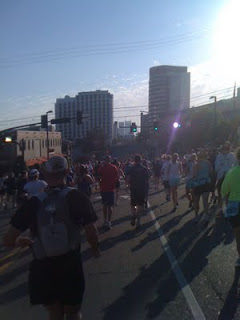 There was so many people, yall, my cell phone pic doesn't even begin to do it justice. In front of me was just a sea of people. 35,000 or something. I had never done a race with more than like 2,500 people, so that's a big jump! It was very well organized.

Because it's part of the "Rock n Roll Marathon" series, they had bands set up about every mile or so. They weren't all as fancy as this one, but it was so cool! I couldn't even hear my ipod most of the time. 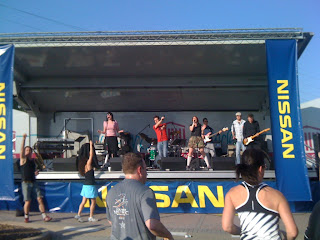 There were also tons of spectators along the way. This was my favorite one. 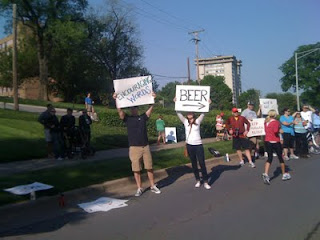 So, I finished the race, but my time was teeeeeerrible. It was the most hilly course I've ever done, and while it's an awesome event, I don't think I'll do it again. I'll stick to the wimpy flat courses!

This was in April for one of my husband's coworkers "going-away" party. She's moving back to TX (she's from there, and an Aggie to boot!). I'm a teensy bit jealous-I mix Texas alot! This is a 4 layer, dark chocolate cake with chocolate buttercream. It was huge, 10 inches square. I'm not sure why that front corner looks all FUBAR, I swear it didn't look that way in person! I think the light just caught some slight un-smoothness in the frosting just right.

This frosting as to die for, if I do say so myself.... 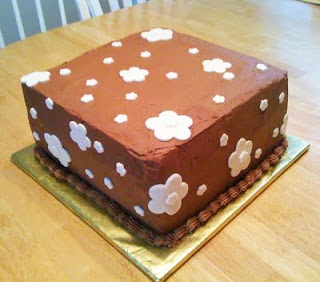 This year at Easter I forwent the bunny cupcakes since I made those last year. I wanted to do something different. These are not entirely original, but were sooooo good. Carrot cake Birds nests with toasted coconut.

I also made Hot Cross Buns, an Aussie/British thing that my hubs has been begging for. For those not familiar, it's a sweet roll, kind of coffee-cake-like, with raisins in it. I had a recipe from an Australian cookbook that my sis-in-law gave me, but I had to made several conversions! Everything in metric and all. And I had to figure out what the "American" version of a couple of ingredients were, lol. They were fan-tabulous! 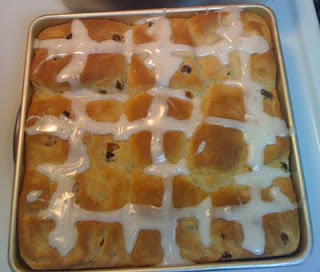 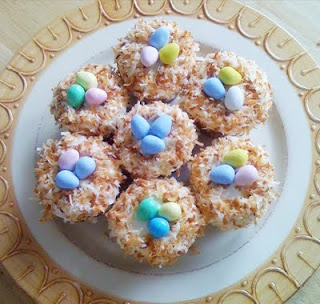 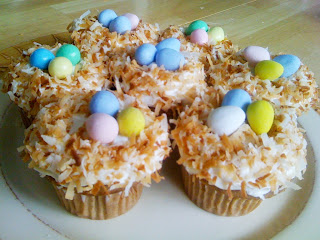 Email ThisBlogThis!Share to TwitterShare to FacebookShare to Pinterest
Labels: cupcakes 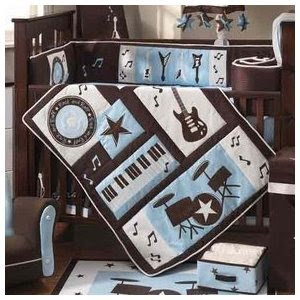 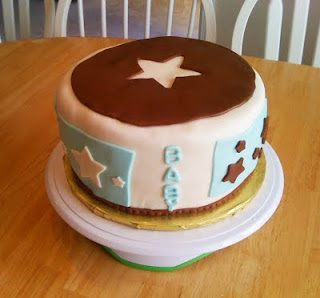 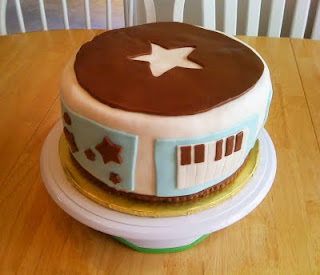 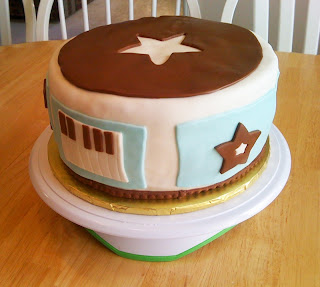 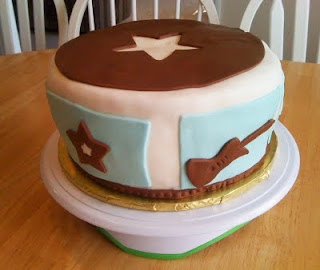 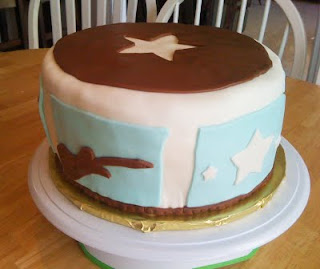