I bought some Silly Bandz.
You know. They're the newest and coolest thing to put on your wrist since awareness bands. Which is funny, because they aren't really new at all. When I worked at the zoo about 5 years ago someone gave me a pink one in the shape of a hippo. Not sure where she got it. Really cute, but I remember thinking, what do you do with this? We used them as actual rubber bands, or just kept them in our pockets. gasp!! I think I still have it, but I have no idea where it is.
I remember last year hearing about these things and I didn't know what they were for the longest time, and when I saw them , I was all, that's not new!
Anyhow, I didn't get the craze, and I usually don't jump on "fad"wagons, unless it involves wrist thingies. I do like those. I've been looking at them wherever I see them and figured I'd get them when I saw some cool ones.
And then,
I did.
I saw these at a sports store near here. Actually, I saw Univ Of Tenn ones (GGGGAAAAGGGGG) first, then I saw some Patriots ones (my team!). Then I saw the Cowboys ones and decided to get those because my husband is such a huge fan I thought he might want one of the star-shaped ones. Well, boy was I wrong!! :( He wants no part of them. I shoulda got the Patriots ones!! 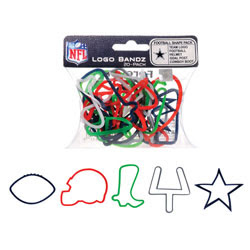 Also, we took our Ziploc bag of garage sale money (dollars and coins, thank you very much) and proceded to Lowes to get our cabinents. I LOOOOOOOOOVE them !! Right now they are unfinished and the top is not attached, we'll get to that soon I hope. Meanwhile, I'm trying not to fill them up to much just to have to unload them again. It will be nice to have a higher surface to do my cakes on bc working at the kitchen table KILLS my back. 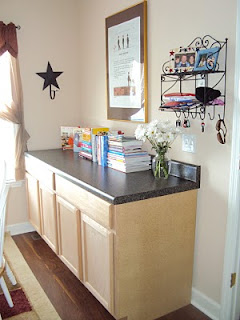 I'm also about to start my first official Cake-Decorating class. It is four weeks, once a week for 2 hours at Michael's. I am SO FREAKING PUMPED about it. The first class I'm taking is Fondant and Gum Paste. I need some serious help with Fondant and I've never even used Gum Paste and I'm not even sure what it is or how it's different that fondant!! I'm sure I'll be posting about all the cool new things I will be learning!
That's all I have time for now, I have so many things to post about but have been so short on time the last 3 weeks! Hopefully I'll be able to catch up soon.
p.s. My son Number One is quite the fishie now. You should see him! He loves being in the pool and even treaded water for 5 seconds today! It's so funny just seeing his little head bobbing up and down in the water. We are soooo proud of him.
Posted by Jen at 2:21 PM