I've really been plowing through this book the last week or so. No idea why really. Here we go!
Flat Apple Pie: A Disaster in Pictures.
The concept is that this is pie not in a dish that can be cut with a pizza cutter and ate on the go. This started out easy enough. I'm trying to remember, I don't think I've ever actually made an apple pie before. You can pick your jaws up off the floor now. You slice up and peel up the apples, then mix it with some brown sugar, lemon juice and some other stuff. I decided it would be a good idea to mix this separately before adding to the apples, seeing as how my *large* glass bowl wasn't big enough. Big surprise. Bad decision. It took forever to mix in, and it got all clumpy, but it did eventually. 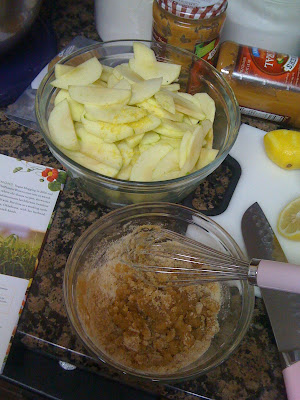 This also goes with Perfect Pie Crust. I kind of already have a go-to pastry recipe, but I went ahead and used this one. I thought it was weird that it's all shortening in this, not butter. I'm sure there's a good reason for that? I didn't take pics of the process, it's pretty much the same as before...I pulsed it together in my food processor. I made these a few days before because they are supposed to set in the freezer. 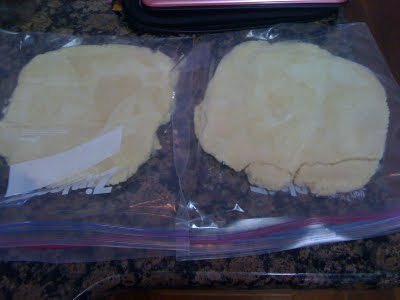 Mistake #1: I read the recipe as putting the thawed crusts on the cookie sheet, then rolling them out. I have no idea why, because later I saw it said actually to roll them out on a floured counter first then put them on the cookie sheet. I should know better really. Pregnancy brain maybe? As a result, they were sticking to the sheets, even though I greased one and greased and floured the other one. The would up sticking like crazy and having several holes in it when I folded it up. I tried to do my best to seal them up. 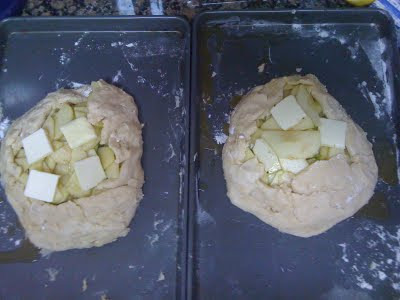 I also wrestled with using parchment or not. I A.L.W.A.Y.S. use it when baking. I'm not sure it would have saved my cookie sheets here, but it might have. It didn't say to use it or something similar, so I didn't. This pic is from 10 minutes into the 40 of baking. Not a good sign. I went ahead and finished the baking, because I figured, even if they didn't look right, and leaked all over the place, it might still taste all right. And I hate wasting food. 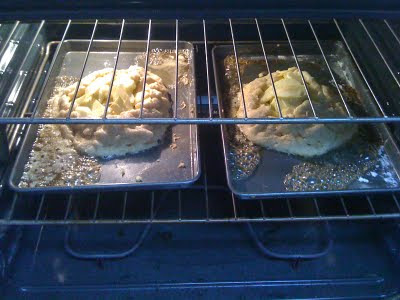 At the end of baking. R.I.P favorite cookie sheets. 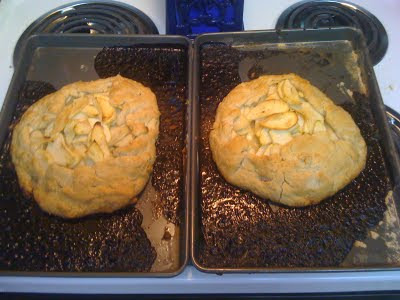 These had no prayer of staying together, probably because all the juice and stuff leaked out. I managed to get one onto a plate and the other one in a tupperware. It all went into a tupperware and I've been just treating it like a cobbler. It tastes pretty good, just a little dry. I think I will try this again in the future but make it like a regular pie. 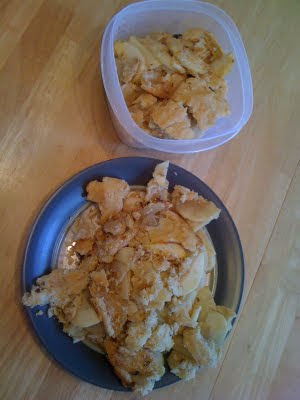 On a better note, I also made the Oatmeal Crispies. This also involved some make ahead-ness. You have to make the dough and roll it into a log and refrigerate it for a while before slicing and baking. They are really light and crunchy, and pretty good for an oatmeal cookie I think considering they aren't soft, or have raisins. And they have chopped up pecans in them, which you can't really taste. Not a lot of complaints from any of my taste-testers. 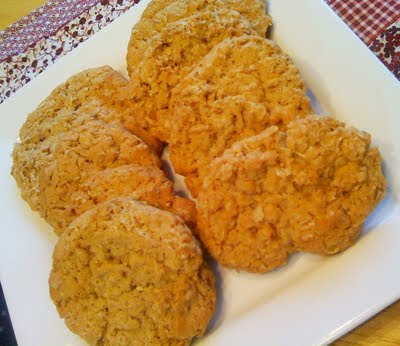