This week was apps and breakfasts! Most of them were fun and easy to make, and not very time consuming....except one certain one....(breakfast burritos, I'm talkin to you).
First up was Hot Artichoke Dip.
(sorry for the sideways pic, it's not like that in my folder!) I halved this recipe, because I'm pretty sure it doesn't keep that long and I'm the only one eating it. It has canned artichoke hearts, mayo, cream cheese, and some spices. Pretty simple. Then you bake it in the oven. I'm definitely a fan of artichoke and spinach artichoke dips, so I knew I'd like it. I went ahead and blended it all up in my food processor instead of having half of it chunky, because I was planning on offering some to the boys and if it had chunks of artichoke in it I knew they wouldn't go for it.
And....they ate it! Even my most discerning food critic, Number One. I couldn't believe it. I may or may not have let him have just that with tortilla chips for dinner. 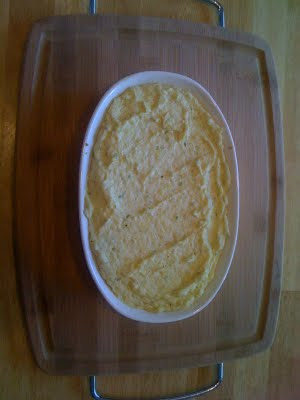 Next up is Pico de Gallo.
I actually made this before a few months ago but forgot to take pics! So I made it again. Equal parts cilantro, tomato, onion, jalapeno. YUM. I could eat this every day.
(look at my new measuring cups trying to get in the picture. they're so purdy I don't blame them.) 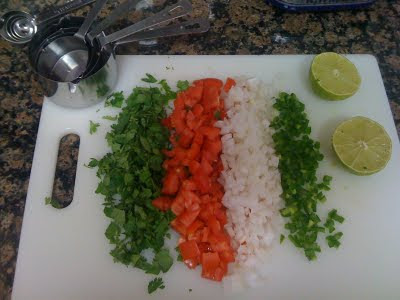 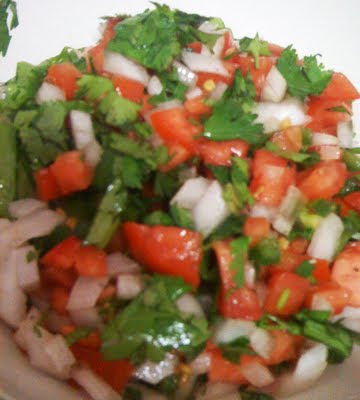 Throw some of the pico in with an avocado and you have.... Guacamole.
Not exactly an original recipe, but I appreciate it being in there. I also could eat this every day. No Lie. 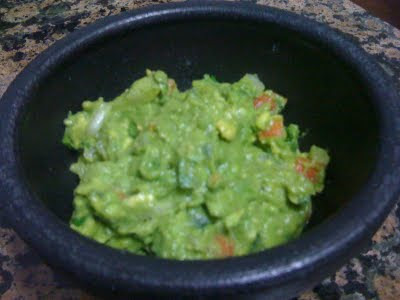 Breakfasts next week!
Posted by Jen at 7:00 AM