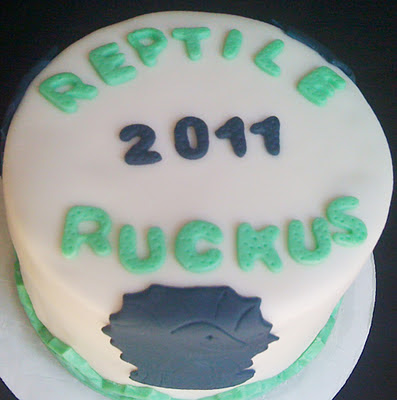 Now that we have a child in "big boy school", aka Kindergarten, we are being introduced to school fairs and festivals (again). Tonight my son, who's school mascot is the "Lizards" is having their fall festival. They are having a "cake walk", and asked for donations of baked goods. So I figured I'd make a cake! This is smaller, 6inches round.
The main dilemma I had was deciding on what type of lizard to use. They use 3 different kinds that I've seen so far! The one on the logo looks, to me, like a friendly version of the dinosaur from Jurassic Park that flares out his neck thingy. The car stickers I've seen have gecko shapes on them. And they have horned lizards in tanks in the school! How am I supposed to know what to use??? Haha. Quite the dilemma.
And of course, I don't have cookie cutters for ANY of those types of animals. Nor could I get my hands on one in time. 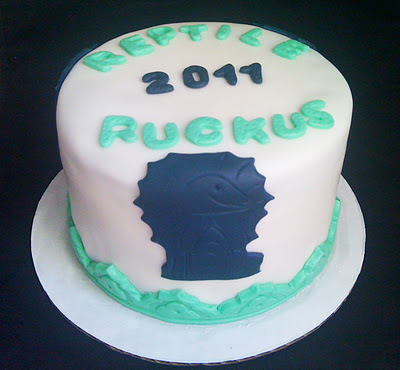 I was all set to start hand cutting out some geckos, and I thought I'd look through my cutters one more time just to see if one magically appeared. This one is the only lizard type I have, from a set of Australian animals my mother in law sent me. It too, looks like the afore mentioned dino, with quite the scary face! I think it is actually supposed to be a bearded dragon. So, I wound up rolling out the fondant thinner than usual and using the cutter for the general shape, then used my gum paste tools to carve in a much friendlier face. I've said many times, I'm not an artist, so I think he looks a little weird, but not too too bad!
The pic below on the far right is the actual official mascot that's on the school logo. 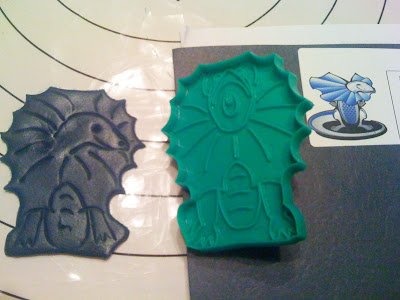 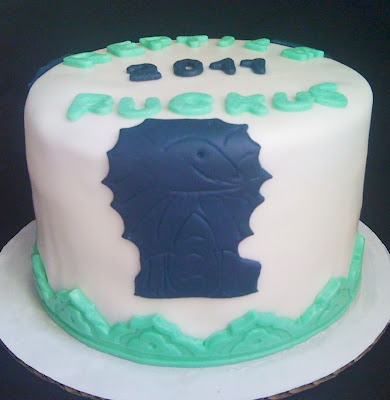 I wound up making 3 of these and placing them around the sides of the cake. On the bottom is a border from one of my new fondant molds I haven't had a chance to try out yet. 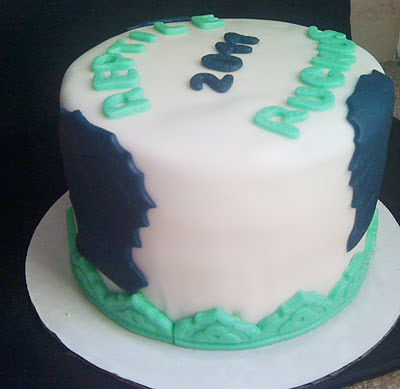